Bayu is the 34th Malayan tapir to be born at the park.

Has an unhealthy obsession with iced lemon tea.

The Night Safari welcomed the birth of a new Malayan tapir on Jun 3. She is the 34th tapir calf to be born at the park.

The tapir, named Bayu, was born to 18-year-old mother Bumi. The species is listed as endangered on IUCN’s Red List of threatened species.

A thorough and smooth delivery process was put in place by the keepers to ensure that both mother and calf remained healthy throughout the pregnancy. This includes conducting regular ultrasound checks on Bumi, especially during her long gestation period of 13 months.

Like all Malayan tapir calves at birth, Bayu sports a distinctive black coat with white spots and stripes.

These markings enable the species to camouflage and blend with their native habitats in Southeast Asia. The pattern will gradually transform into the unique black and white marking of adult tapirs over the next six months. 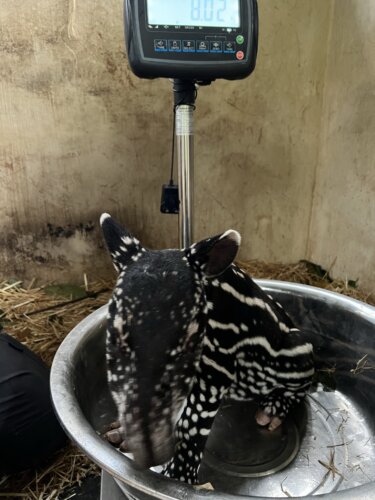 Bayu’s keepers weigh her every day to ensure healthy growth. While she weighed 8kg at birth on Jun 3, she has now grown by almost three times to 23kg in a month. 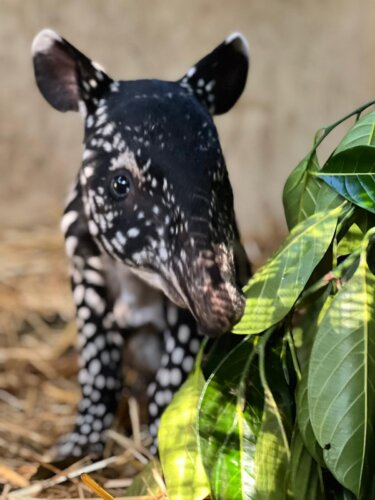 Caption: Bayu likes to explore her surroundings and nibble on various objects such as leaves and her mother’s food. Photo credit: MANDAI WILDLIFE GROUP

Bayu is observed to be an inquisitive and playful calf, who shows a keen interest in her surroundings by nibbling on various objects like leaves and straws.

Guests who are eager to catch a glimpse of Bayu in the Malayan Tapir exhibit will, however, still have to wait a few more months. This is because of Bayu’s tender age.

Why do some people take very long to text back?

One Punggol Hub to open in the second half of 2022, featuring rooftop barbeque pits and 700-seater hawker centre