Watch the winning entries from the previous Point & Shoot film competitions, as the young filmmakers share more about their experiences behind the 55-hours challenge! 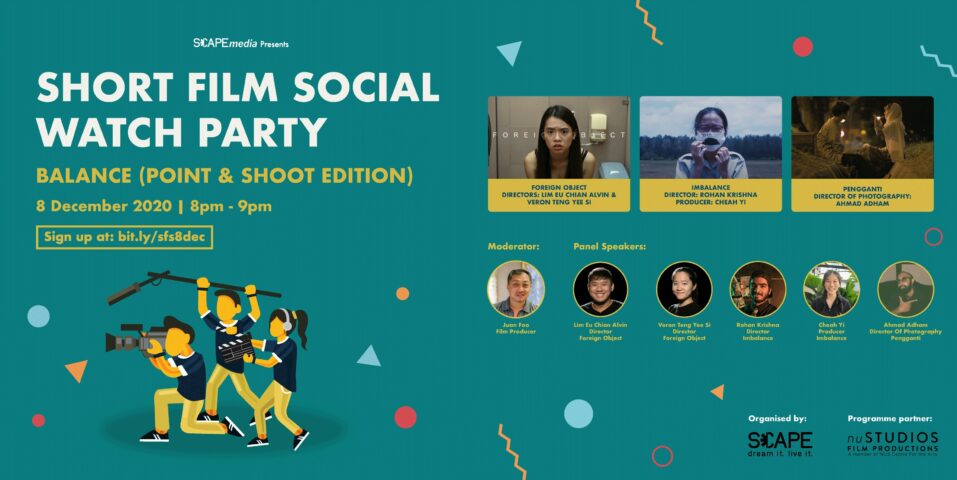 Hear as they open up about the making of the films and more in this Short Film Social Watch Party: Balance (Point & Shoot Edition).

Surely, there’s no better way to end the day than to sit back and enjoy an evening of best short films.

Juan Foo is a pioneer independent producer with close to 20 years of experience in the film industry. He has worked as a producer for various Singapore films including Return to Pontianak (1999), and Perth (2005), and is currently working on Singapore’s first creature movie Circle Line (2020).