events Things to do Social Causes

“Love In Action” Interactive Talk Show | Give A Voice 2022

An exciting and interactive talk show where viewers stand a chance to win special prizes while learning more about how they can play a part in child protection. 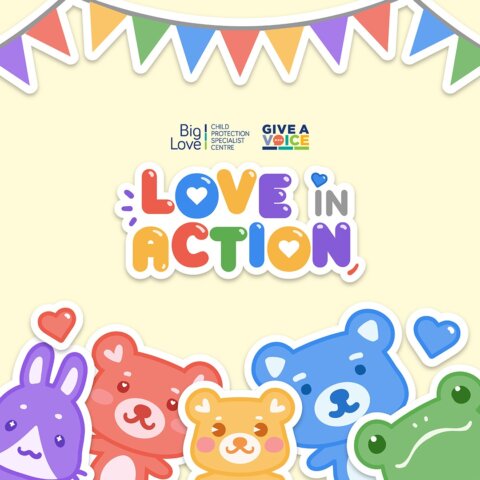 Catch the “Love In Action” Interactive Edutainment Talk Show – the grand finale of the Give A Voice campaign on child protection – and cheer invited players on as they race against time to search for clues and solve puzzles to complete a scavenger hunt. Viewers stand a chance to win special prizes while learning more about how they can play a part in child protection in a fun and engaging manner. Lucky draw winners from the scavenger hunt will also be announced during the livestream.

The Give a Voice: Love in Action campaign is organised by Montfort Care’s Big Love Child Protection Specialist Centre, running from 12-20 March. The campaign kicks off with a scavenger hunt (12-19 March) and art exhibition at Bedok Library (12-20 March), and concludes with a virtual edutainment talk show on 20 March at 2pm on Facebook Live.