Indonesia is located in south-eastern Asia, comprising of 5 main islands and 4 archipelagos situated between the Indian and Pacific Ocean. It also contains the most volcanos in the world.

Indonesia is located in south-eastern Asia, comprising of 5 main islands and 4 archipelagos situated between the Indian and Pacific Ocean. It also contains the most volcanos in the world. 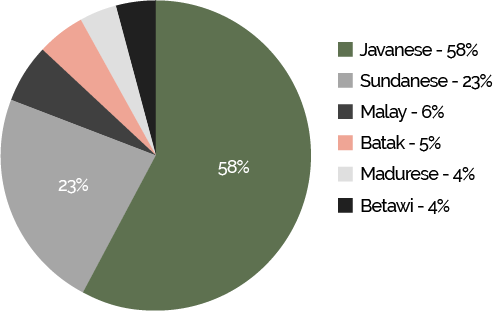 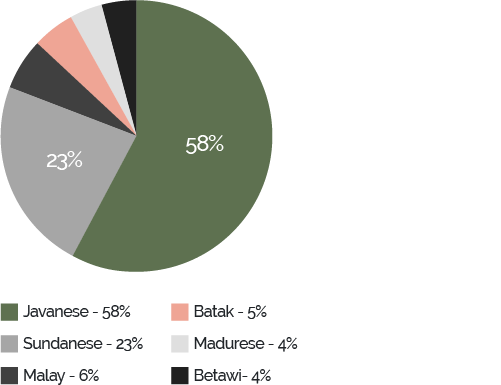 The flag of Indonesia is a simple bicolour with 2 equal horizontal bands of red (top) and white (bottom). The red band represents the courage and blood of the Indonesian people while the white band represents purity and spirits of the people. 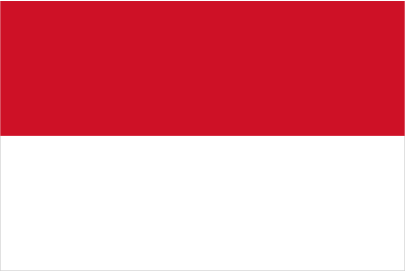 Independence from the Dutch government recognised after 4 years of guerrilla warfare.

Indonesia is Southeast Asia’s largest and most populous economy. Its GDP in 2019 was IDR 15,833.9 trillion, a growth of more than 6% from the IDR 14,838.3 trillion achieved in 2017. Since 2014, the Indonesian government has been pushing ahead with its plans to make Indonesia a manufacturing hub for Southeast Asia. In 2018, it launched Making Indonesia 4.0, an integrated roadmap which aims to boost the country’s competitiveness in the Industry 4.0 era. Through incorporating major innovations such as artificial intelligence, robotics and sensor technology, the roadmap focuses on upgrading the capability of Indonesia’s vital manufacturing sectors – F&B, automotive, electronics, chemical and textile.

SG X ID
These strong fundamentals make Indonesia one of Southeast Asia’s most attractive investment locations. This is a sentiment echoed by Singapore firms – almost half of 1,100 firms surveyed by the Singapore Business Federation ranked Indonesia as their top overseas destination.

Agriculture
About 40% of the total labour force engages in agriculture, contributing to nearly 14% of the country’s GDP. Rice and coffee remain the country’s major produce.

Textile
One of the world’s biggest producer of textile and garment, this industry ranks among Indonesia’s top foreign exchange earners while providing jobs to more than 3.7 million locals.

Tourism
Given its vast area and diverse landscapes, tourism has been among the biggest economy boosters. Following the easing of COVID-19 health measures, tourism has begun to recover, with foreign tourist arrivals increasing by a whopping 172% from March 2022 to April 2022.

Lifestyle & Consumer Goods: Domestic consumer spending contributes to around 54% of Indonesia’s total GDP. By 2030, the booming middle class is expected to make up about 75% of the population, contributing to 72% of all spending in Indonesia. Often surrounded by smoke and a multi-coloured sky, this volcano is one of the most iconic sights and a popular excursion.

Indonesia’s biggest and most beautiful lake, it is almost twice the size of Singapore. The lakes offers many viewpoints to enjoy its sight, surrounded by hills and lush greenery. Satay
Meat skewers cooked over coals served with rice cakes and peanut sauce. A national dish and can be found everywhere in Indonesia.

Nasi Goreng
The fried rice is a national dish, where rice is mixed with vegetables, chicken/beef/seafood cooked in sweet thick soy sauce accompanied by cucumber and tomato.

Beef Rendang
Originating from Sumatra, this spicy meat dish is slow cooked and braised in coconut milk and spice mixture.

Nyepi
An important Hindu holiday for the Balinese, Nyepi falls on the third day of the Balinese New Year. It is a day of silence, fasting and meditation, with all economic activities at a standstill to allow devotees to engage in self-introspection. On the eve, Ogoh-ogoh parades take place along the streets of Bali, where locals carry statues taking the form of mythological beings, accompanied by music and drama performances.