China is located in East Asia long the coastline of the Pacific Ocean. It is the world’s 3rd largest country and is surrounded by 14 other countries at its borders.

China is located in East Asia long the coastline of the Pacific Ocean. It is the world’s 3rd largest country and is surrounded by 14 other countries at its borders. 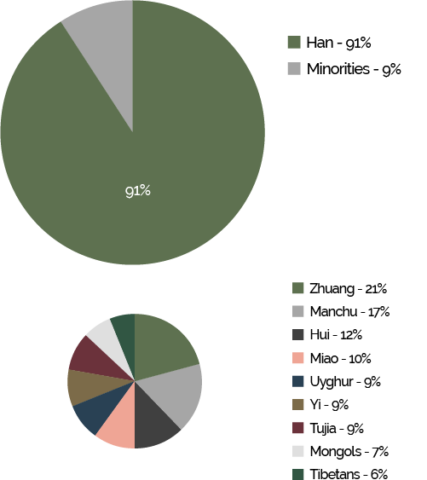 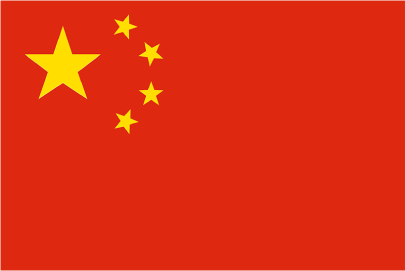 Emperor Qin is the first to unite China under a centralised state.

First Opium War with the British.

The fall of the Qing Empire, China becomes a republic under Sun Yat-sen.

The Communist Revolution under Mao Ze Dong. Founding of the People’s Republic of China.

Since the economy transitioned from a centrally planned system to a more market-oriented economy in 1978, China has seen rapid economic growth with its GDP growth averaging 6%-9% per year. Today, it is the second- largest economy in the world and is increasingly playing an influential role in the global economy. Following the negative impacts of the COVID-19 pandemic, China has rebounded with a 8.1% GDP growth year-on-year in 2021.

SG X CN
Bilateral economic ties between Singapore and China have strengthened over the years since 1990. In 2021, Singapore’s largest trading partner was China, and China was the top destination for Singapore’s direct investments. Joint economic ventures between both countries continue to develop on both the bilateral and multilateral fronts, with ongoing partnerships such as the China-Singapore Free Trade Agreement (CSFTA), ASEAN-China Free Trade Area (ACFTA), and Regional Comprehensive Economic Partnership (RCEP).

Manufacturing
One of China’s biggest industry accounting for more than 25% of its GDP. Its output equivalent to nearly 30% of global production in 2021.

Technology and Innovation
Home to more than 150 unicorns , China is viewed as one of the most promising markets in the world for technology innovation in the fields of AI, deep tech and robotics. In addition, the Chinese government has been launching initiatives to support entrepreneurship and innovation.

Mining
China is by far the largest producer of gold and coal in the world, accounting for about 11% of global mine production in 2021.

E-commerce: With a population of 1.4 billion and a growing middle class demand for retail goods, revenue for e-commerce is expected to increase to USD 2.1 trillion over the next five years. Some of the companies that hold the greatest market share in China include household names such as Alibaba and JD.com.

Green Economy: China has pledged to peak its emissions by 2030 and reach carbon neutrality before 2060. To facilitate its transition towards a low carbon economy, great emphasis has been put on the development of renewable energy. China also looks to implement major demonstration projects for the industrialisation of energy-saving and low-carbon technologies. A stone & earth fortification created to protect the borders of the Chinese. It is a succession of multiple walls spanning 13,171 miles, making it the world’s longest manmade structure.

Located in central Beijing, it houses the Palace Museum and consists of 980 buildings. It was the former Chinese imperial palace as well as the residence of the Chinese emperors. Dumplings
The most famous traditional food comprises of pieces of dough wrapped around a filling. They can be fried, baked, boiled or steamed.

Spring Roll
Especially popular in south China, it is a wheaten crust wrapped with minced pork/beef/mutton filling and deep fried till golden.

Winter Solstice
Winter solstice marks the shortest day of the year before the gradual increase in daylight hours. Taking place in late-December, this festival celebrates the return of the sun. Celebratory food include dumplings which are most popular in northern China, and glutinous rice balls which are favoured in the south.