The Singapore Budget is meant to be a strategic financial plan addressing the challenges facing Singapore through a comprehensive suite of measures. In the process of planning the annual budget, the Ministry of Finance invites feedback, views and suggestions across various segments of the population.  The opinions and insights from these conversations are taken into consideration for the eventual line up for the Budget statement. 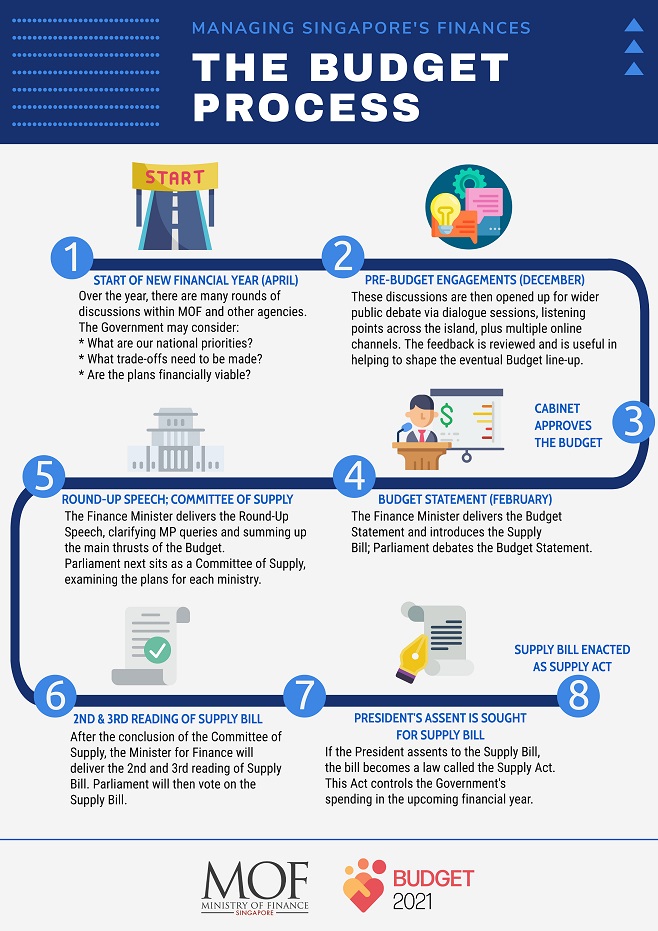 Efforts to engage youth in thoughtful discussions on national issues such as the Budget culminated in “Our Two Cents” – a  pre-budget 2021 conversation to surface their opinions about the areas which they wanted the Government to focus the Budget on. 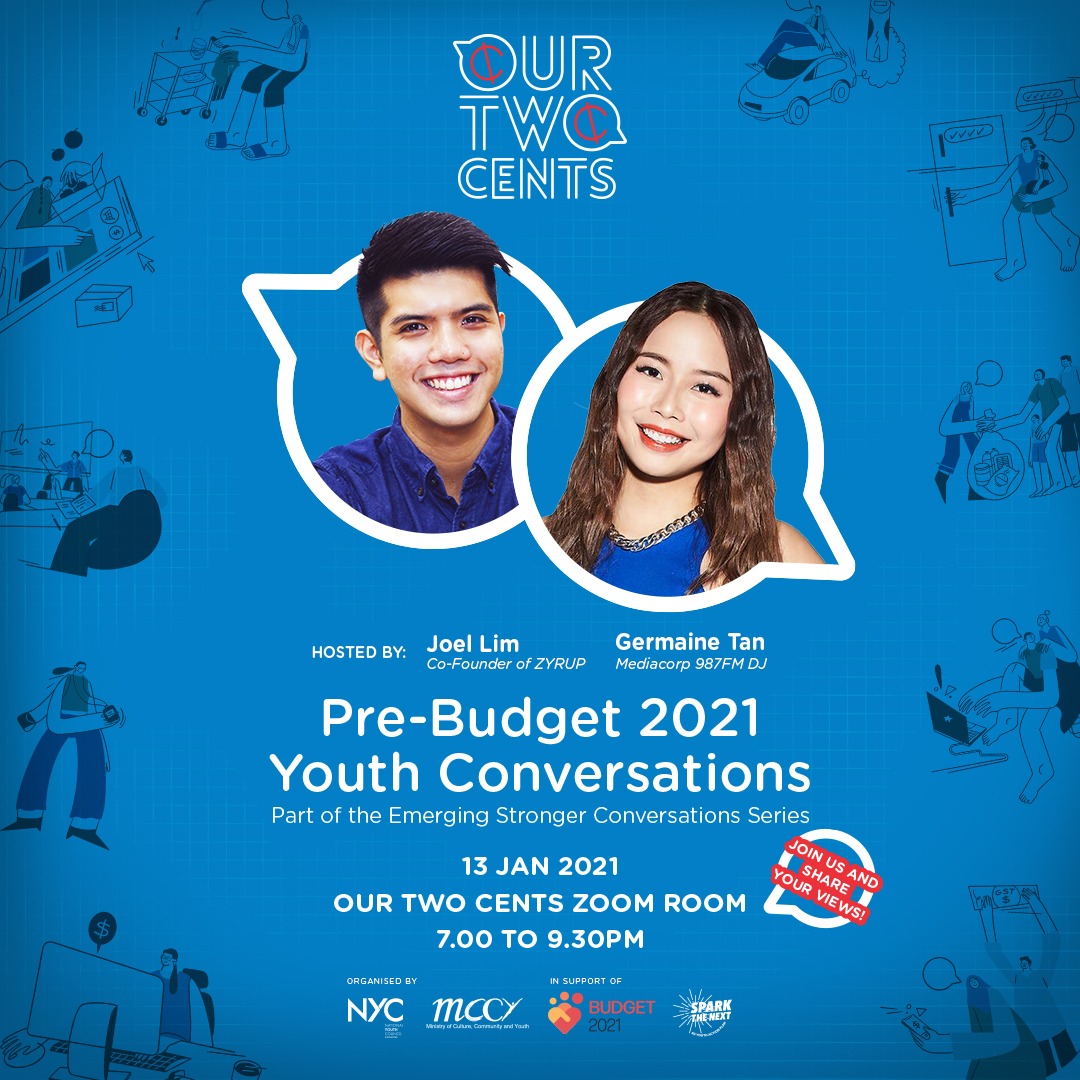 On 13 January 2021, around 170 youths participated in an online discussion on Zoom on the issues they hoped the Government would focus the upcoming national Budget on.

The POHs in attendance were:

During the session, participants were asked to used quadratic voting to choose their priority areas and explain their choices to justify trade-offs across these 5 main themes: Main takeaways from the breakout sessions with youth: Ensuring a Safe Reopening – Participants said that Singapore needs to focus on how to re-open the country safely as soon as possible. They felt that re-opening of borders was  important for Singapore’s economic competitiveness. However, they were also concerned that with the reopening of borders, Singapore might experience a third or fourth wave of COVID-19 infections.

Striving Towards a Smart Nation – Participants acknowledged that COVID-19 has accelerated digitalisation in businesses and in the general population. However, they were concerned that increased digitalisation would leave certain demographics – including the elderly and low income families – behind. However, they understood that in moving towards a Smart Nation, digitalisation was even more important in a post-pandemic world. For example,  TraceTogether can be a vital tool to ensure a safe re-opening.

2) Emerging Stronger as an Economy

Building New Strategies for the Future Economy –  Participants said that it was important for Singapore to build a resilient economy that stood up to unforeseen challenges such as COVID-19. Participants said that they were aware of plans by the Government to help various economic sectors, and were  interested to understand more about long-term solutions to support hard-hit sectors like tourism and travel.

Stabilising Businesses – Participants expressed concern about COVID-19’s impact on Small-Medium Enterprises (SMEs) and the livelihoods of employees that work in these companies. Youths and asked the Government to help these businesses, which will in turn help drive Singapore’s economic growth.

3) Emerging Stronger as a Workforce

Boosting Employment Through Jobs Creation – Participants recognised that efforts had been put in to create job opportunities for jobseekers so as to boost employment, and hoped that these opportunities would be better utilised.

Enhancing Workers’ Employability – Participants called for increased support for workers in vulnerable groups, who risked being left behind in the digitalisation push brought about by COVID-19. Participants called for increased support for these vulnerable groups through initiatives such as upskilling opportunities, so as to build a more resilient workforce.

4) Emerging Stronger as a Society and Community

Fostering Social Inclusion – Participants noted the importance of social inclusion in fostering a cohesive society, and believed strongly that a united Singapore would be able to thrive and overcome challenges in the face of adversity.

5) Building a Green and Sustainable Future

Preparing for Climate Change – Participants called for more systemic and top-down policies to tackle climate change, and expressed interest to understand the Government’s plans for mitigating negative effects of climate change. Notwithstanding, participants acknowledged that trade offs were inevitable, and said that while tackling climate change was important, resources should be prioritised to help Singapore’s economy recover from the effects of COVID-19

Encouraging Sustainability in Our Community – Although participants called for more top-down efforts by the Government to combat climate change, participants felt that sustainability could be practised at an individual-level. They discussed that while more efforts had been put in place to encourage sustainability in Singapore in recent years, there was still a gap in Singaporeans adopting sustainable habits. Participants called for individuals to practise more sustainable habits, especially in light of the increased use of disposables due to COVID-19.

Graphical captures of the opening and closing remarks: Minister of State, Ministry of Culture, Community and Youth and the Ministry of Trade Alvin Tan’s Opening Remarks One of the highlight of this pre-Budget sessions was that the 170 participants got to take part in a Quadratic Voting exercise individually as well as in a group. Through this exercise, they discussed various policy trade offs and tried their best to allocate “limited resources” across issues that matter to them.

Across the 10 breakout groups, “supporting vulnerable groups”, and “ensuring a safe reopening for Singapore” were the top priority areas chosen by youths in the voting exercise. The participants then reconvened in a large group to discuss the rationale for their choices and justify the tradeoffs they’ve made. 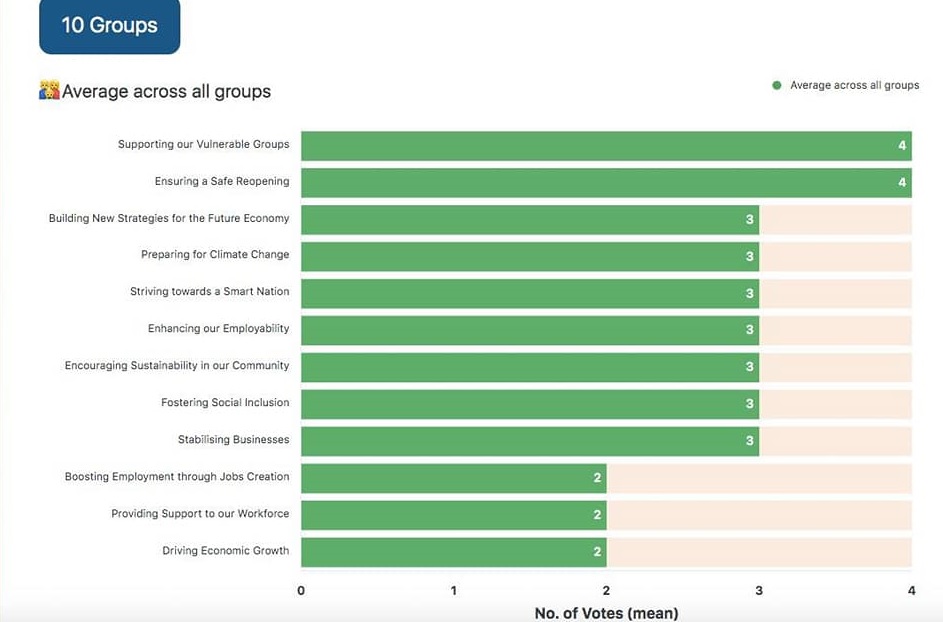 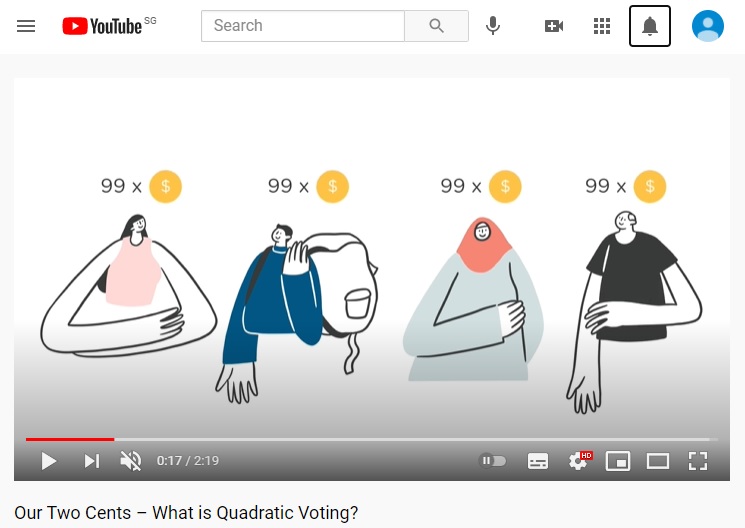 These were the policy cards that participants could reference during the dialogue. It is a recap on some of the policies on our five main themes.

Please refer below for the summary infographics on these topics: 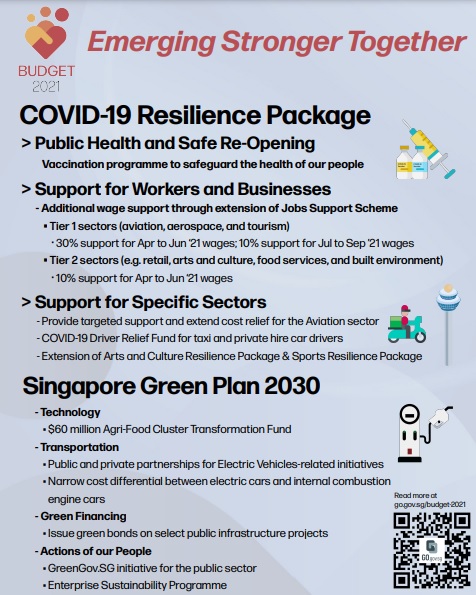 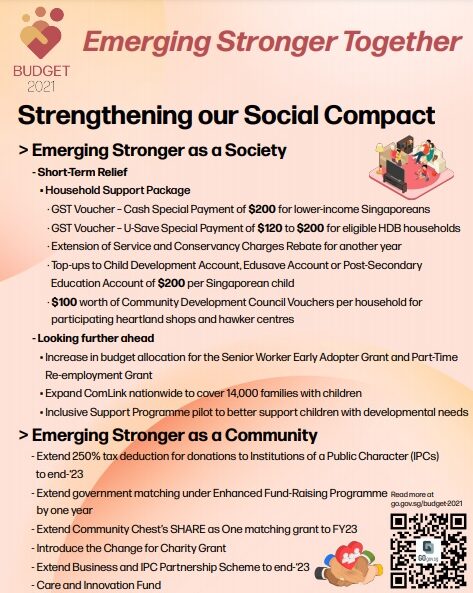 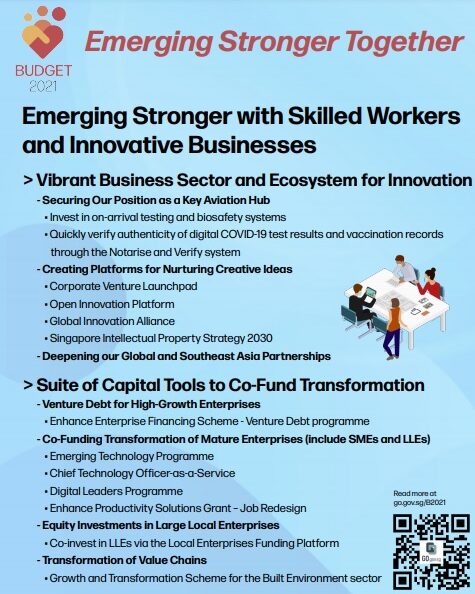 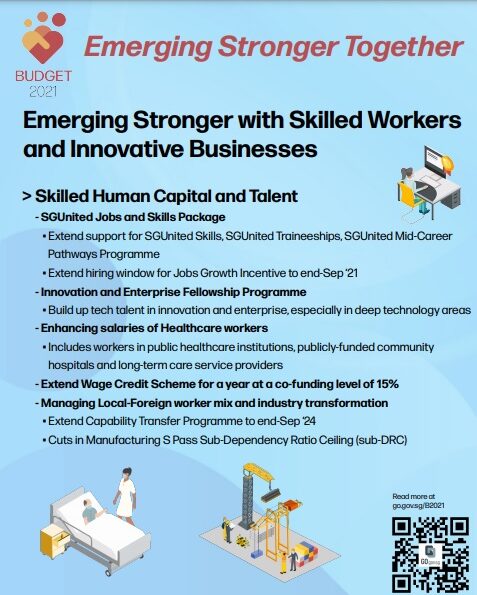 What are some of the areas you would like to see Budget 2021 focus on? I attended a Budget 2021 Zoom dialogue with 170 youths. Their priorities were legit.

We started a business during the pandemic. Here’s what we learnt.

I attended a Budget 2021 Zoom dialogue with 170 youths. Their priorities were legit.

We started a business during the pandemic. Here’s what we learnt.

Mind Matters: Five signs that someone you know may not be coping well with stress